4 (1 vote)
Pros: Rawlings has put their energy into creating a balanced bat that is designed for a FAST swing. This bat is well designed and has already received a ton of great reviews.
Cons: This is no value bat - the price range is up there with the high end bats from Easton and DeMarini.

It took Rawlings a little longer to release their first BBCOR bat, but the 2015 Velo set the foundation for a new technology from Rawlings. Now that the Rawlings version of BBCOR technology has started to take hold in the baseball world, Rawlings is proud to announce the release of the 2016 Rawlings -3 Velo BBCOR bat. This is an alloy bat that is ready to enhance your game and give you more power. The Velo isn’t cheap, but in this case you get what you pay for. Check the current price of the 2016 Rawlings Velo BBCOR here.

Some Specs Remain the Same

When Rawlings decided to upgrade its Velo line of BBCOR bats for 2016, it wanted to make sure that some of the best parts of the 2015 model were preserved. The stiff handle with the synthetic leather grip has been retained, because Rawlings knows how important the handle design is to maintaining control. Rawlings has also made sure to retain the -3 weight factor for the Velo series that made it a hit in 2015. Rawlings also retained its 5150 barrel technology for the 2016 Velo that helps to create a sweet spot larger than almost any other bat on the market.

The VELO alloy enhancement to the Velo bat has obviously been retained, but it only acts as a foundation for a much better bat. The ratio of size for the sweet spot on the Velo bats also helps to utilize the momentum at the moment of impact and use that energy to get more pop from the ball. With the 2016 Rawlings Velo BBCOR bat, you get everything good that Rawlings has developed so far in the BBCOR technology arena. Along with the good from 2015, you also get the best of the newest developments Rawlings has made.

The first thing that Rawlings users will notice is that the 2016 Velo BBCOR bat comes in a wider variety of lengths and weights than the 2015 version. Where the 2015 Velo only came in 32 and 33-inch lengths with 29 and 30 ounce weights respectively, the 2016 model runs the table from 31 to 34-inch lengths and their respective weights. But what makes the 2016 Velo so unique is that is offers lengths of 32.5 and 33.5-inches. Rawlings even adjusted the weights to match the lengths to maintain the -3 status of the 2016 Velo BBCOR bat.

The VELO alloy in the 2015 BBCOR bat is retained in the 2016 model, but it is enhanced by Rawlings’ new APATM Acoustic Performance alloy that strengthens the bat even more and delivers a more audible sound on contact. Rawlings also improved on the Comp-Lite end cap to create the new Comp-LiteA end cap, which offers a better sense of balance and weight distribution to the bat.

The pOp (Precision Optimized Performance) technology that was used to enhance the sweet spot in the 2015 Velo has been upgraded to the pOp 2.0ATM technology for the 2016 Velo. Now the hitter has even more control over the redesigned sweet spot, and that means that any hitter can get the results they want whenever they make contact.

The features that hitters liked in the 2015 Velo have been retained in the 2016 Velo BBCOR bat from Rawlings. The smooth feel of the bat, the ability to generate good bat speed and the low center of gravity at the point of impact are all still here. The 2016 Velo BBCOR bat also meets all of the requirements for collegiate and high school play, which means that it is a safe bat for you to buy for your hitter at any level.

Along with the features everyone wants, Rawlings also went out of its way to improve existing features and give hitters more variety when it came to lengths and weights of their 2016 Velo BBCOR bat. Now you can enjoy this technology at a bat size that fits your game, and Rawlings makes it even more possible for you to find the right bat by offering weights in half-ounce increments.


The 2016 Velo BBCOR bat is unlike any other bat on the market, and your hitter will find that it has everything they need to make the most of every point of contact. When you want the most from your bats, then turn to the Rawlings 2016 Velo BBCOR bat. 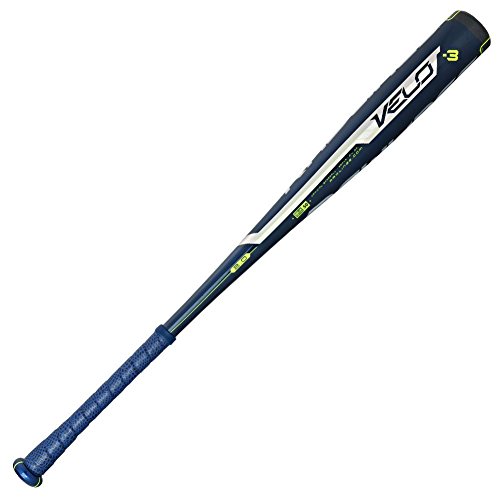